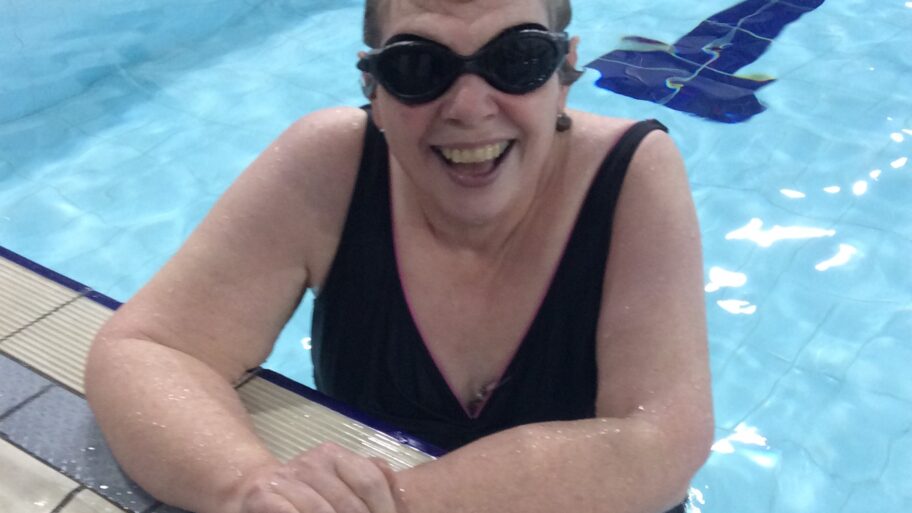 This week, we’re sharing Lynn’s story about living with multiple sclerosis (MS) and how swimming has helped her feel better physically and mentally. MS is a condition that can affect the brain and spinal cord, causing a wide range of potential symptoms which vary from person to person, including fatigue, walking difficulties, vision problems, numbness, muscle stiffness and spasms, problems with balance and coordination, or even difficulties with thinking and learning. It’s a lifelong condition that can sometimes cause serious disability. According to the NHS, it’s most commonly diagnosed in people in their 20s and 30s, although it can develop at any age, and it’s about two to three times more common in women than men. Let’s now hear from Lynn in her own words.

Occasionally it just catches me. No matter what I do, every year around the 11th January, there is a week when my mental health is poor: it’s the anniversary of when I was diagnosed with multiple sclerosis (MS). I’ve tried all sorts of things like going away, staying at home and trying to not think about it but without success. My GP said I shouldn’t beat myself up for it: “just go steady and it will pass”. On one hand, I try not to think about that time, but on the other hand, it is good to see how much I have improved since that month of January 2010.

I was visiting my husband’s family in the Philippines when I suddenly felt very tired. I was diagnosed with MS within a week and stayed in hospital for two weeks in the Philippines, vomiting daily and unable to dress myself, before the travel insurance sent two nurses from the UK over to escort me back home. After a stay in St Mary’s Hospital, I went to the National Rehabilitation Centre where I remember learning how to dress again. I felt isolated but I was glad that my husband visited me every evening, which was amazing as he was also working full time. He supported me for the six months I was there. Being at home didn’t mean it was over though: at the time, I could clean my own teeth, but only if someone gave me the toothbrush, toothpaste and water – it was pretty horrendous. I also had to borrow my mother in law’s wheelchair to get around the house and I later used standing frames.

Before my diagnosis, I was Executive Head Housekeeper, managing the housekeeping for a dozen hotels. MS causes a lot of fatigue, so if you overdo it, you then can’t do anything for the rest of the day. Sometimes I was the only person in the office so it was not safe and therefore I had to give it up.

A Spanish professor at a conference explained MS with dragons and firemen. Your body causes your brain to attack itself: that’s the dragons. The firemen who try to put it out are the steroids, a type of anti-inflammatory medicines that can help with MS symptoms. I have had a lot of steroids, I even carried around an ampule in case I had to inject myself with them. I also went through the side effects like putting on lots of weight. I even ended up having to take additional medication because the steroids prevented some of my other body functions from working. I also remember having blood tests that last several hours. Thankfully I’m not on steroids anymore and MRI scans have shown that I managed to regrow the myelin sheath (the layer surrounding the nerves) in my brain and spinal cord over six years.

Little by little, my condition has gotten better and my mobility has improved significantly. I have to remind myself though that I’m not the energizer bunny and that I have to do less but I’m happy with that. For instance, I have to buy slices of cheese, rather than blocks, because I can’t cut a block of cheese. For six months, I was told I couldn’t be near knives or scissors because it was too dangerous. Opening cans is a huge challenge but mum found a tin opener with a big dial that doesn’t hurt so much. I have also recently discovered pre-threaded needles for sewing buttons on. You need to learn as you go and be creative, it requires motivation and patience.

My relationships with people have changed too. In particular, I had some disappointments with individuals I thought were friends but on the positive side I know my neighbours better now that I am not rushing to work every day. With people in general, having an invisible disability is hard though, because they don’t realise you have a disability and thus don’t know how you feel. For example, before lockdown when I went to my tai chi classes by bus – something I was proud to be able to do independently –  by the time I’d walked to the bus stop, I needed to sit down. And then I also needed to sit on the bus but people didn’t always understand why. I have unfortunately been upset in the past by people being rude to me when I have asked to sit down.

Other than that, some places make good efforts: for instance Primark has accessible tills where the staff go out of their way to help you. When I have asked in other shops, they said they will help if you ask but it’s difficult having to ask all the time. There are also many things which aren’t great for people with disabilities, for instance the number of forms to fill in. Long and complicated forms for things like for parking badges – 34 pages, imagine the time it takes to fill it in. I have found the trick of keeping copies of previous forms to make it easier to know what information is needed. This is also useful to avoid missing a deadline, which can have huge consequences and add extra work. On top of the administrative burden, the forms aren’t good for my mental health either because I have to lay out all the negatives about my disability whilst I am trying my best to be positive about it.

In 2011, a physio asked me “what’s your next goal?” and I said I might like to swim. She gave me an application form to join the Puffins swimming club. I booked an urgent appointment with my GP to get the form signed – I reckon it was a bit naughty to call it “urgent” but the GP agreed it was important for me to get swimming.

Back then, I had to use a hoist to get in and out of the pool and I could only swim two lengths. Looking back at my progress is amazing: I can now confidently swim 60 lengths and use the steps to get in. To me, it’s been a miracle. One of the volunteers, Daiga, even tried to get me to do a triathlon, but that was a step too far as I couldn’t even put on tights. Since then, I had my nephew’s wedding, so I worked hard at being able to put on tights for that, so now I can occasionally wear tights again.

I can’t thank the people at the Puffins enough, both the other swimmers and the helpers. The swimming club is such a special place. Knowing the people there has given me so much more than swimming: for instance, through them I have taken mindfulness classes. Recently, I have learnt how to use online video technology, which has been a godsend as I can now do tai chi and chair yoga remotely.

This is what I would say to someone who has recently been diagnosed: find a buddy that you can talk to, someone that knows what you’re going through, and also a good doctor who shows interest in MS. And most importantly, keep on smiling, I believe that being positive goes a long way to help get better. 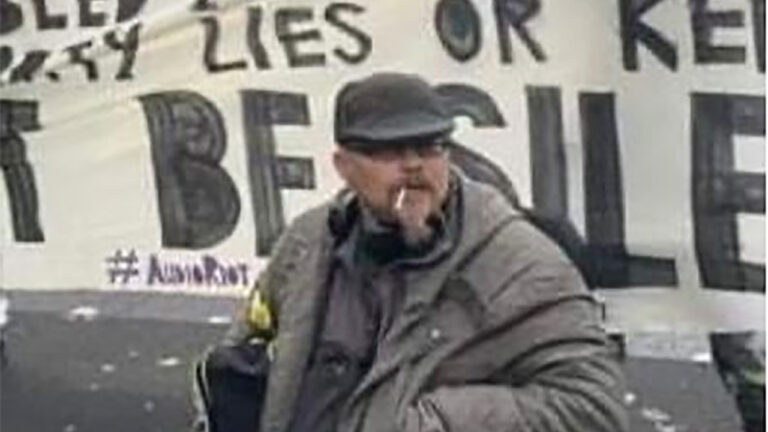 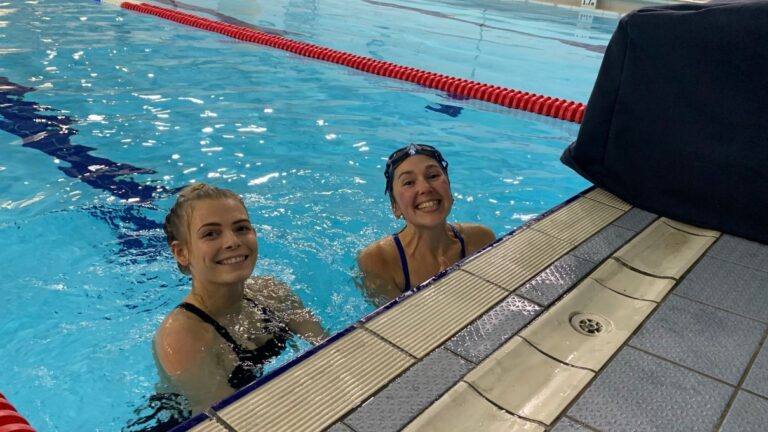 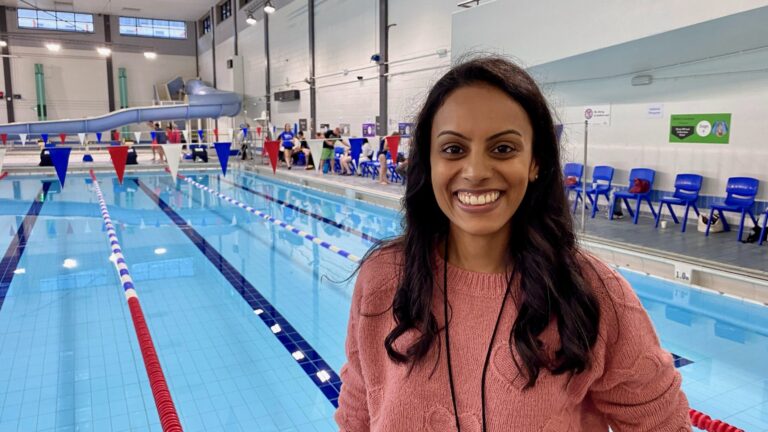 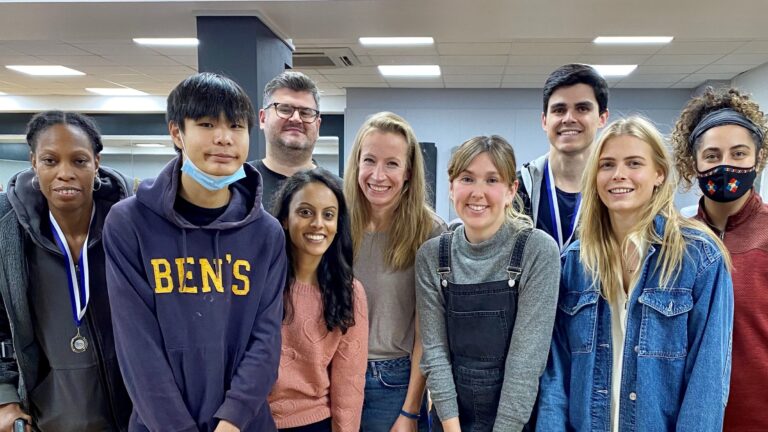 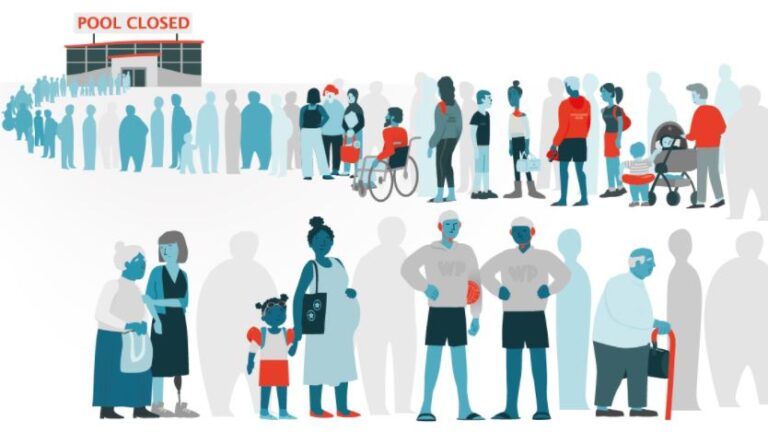 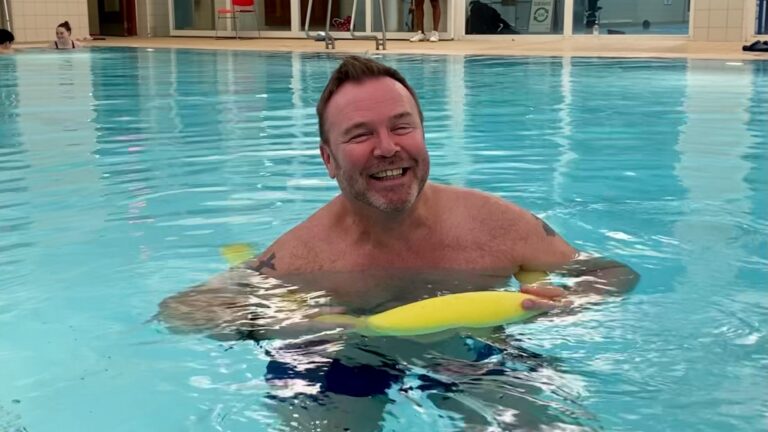